Tianli is made from fresh wild herbs after a scientific process of treatment, preparation, refining and extraction.

- Epimedium rubrum is a hybrid of the famous Epimedium grandiflorum, originally from China, Korea and Japan, whose properties have been known since antiquity. The perennial plant is known for its aphrodisiac qualities due to the content of substances and enzymes that have the ability to increase libido and improve erectile function in men. Epimedium has no adverse effect.

- Polygonum multiflorum, a plant originating in Central and South China, has the appearance of a white flower arrow. Polygonum strengthens the body, making it ideal for energizing the brain, endocrine glands and the nervous system. It is a natural adjuvant against impotence , and works as an adjuvant in male fertility.

- Eleutherocus Senticossus or "The Root of Life" comes from North America and China. It name means "the quintessence of a man" in Chinese. Recognizing it as a "miracle plant" occurs due to its stimulating and energizing action. The plant is an adjuvant to combats fatigue .

- Hypoxis Minor has been recognized in Asia for its ability to stimulate potency and enhance sexual appetite. The plant rejuvenates, revives and tonifies the body.

- Lycium barbarum is known as Goji. Lycium has been used in traditional Chinese medicine for over 2,000 years, the plant being associated with the first Chinese emperor Shen Nung who was a savvy cultivar of herbs and agriculture. It has an antioxidant and aphrodisiac properties.

It is used as a natural food supplement to relieve fatigue, weakness,  insomnia, and to improve , as an adjuvant, sexual appetite.

Tianli is a food supplement and does Not require medical prescription. Available in United Kingdom and EU . 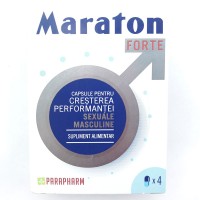 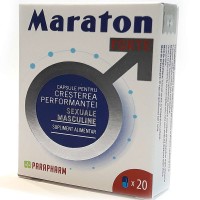